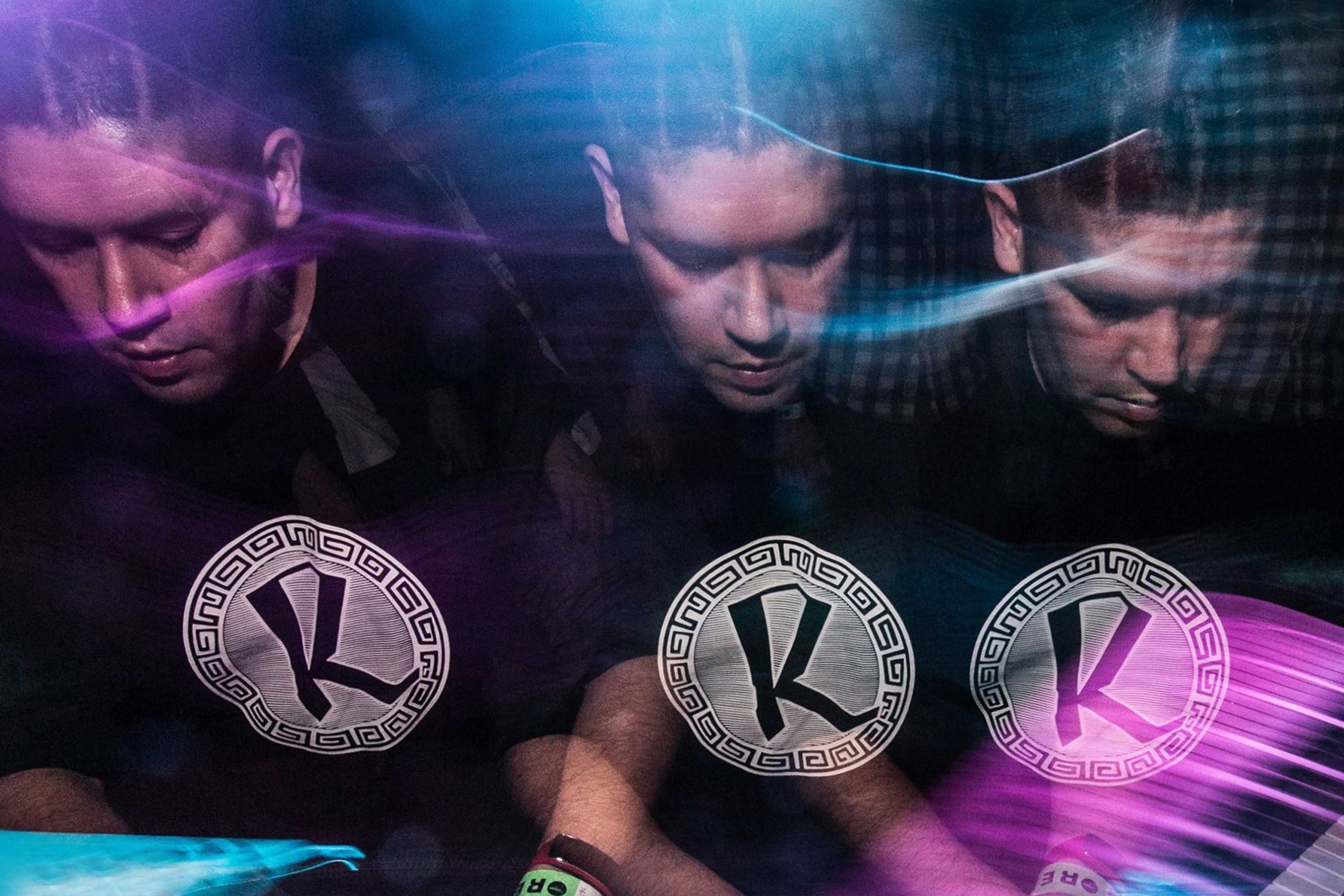 Dev Pandya is a certified breakbeat addict with a vinyl production career spanning 25 years. Having first released back in 1992, he’s since amassed a back catalogue of 10 vinyl albums and 177 12” singles on leading drum and bass labels including 4 Hero’s Reinforced, LTJ Bukem’s Good Looking, London Elektricity’s Hospital and Goldie’s Metalheadz.

The musical career of Dev Pandya dates back to 1990 when Mixrace was formed with partner DJ Trax. From their first releases in 1992 on leading hardcore label Moving Shadow, the pair went on to set-up and record for their own label before Dev’s two alter-ego guise’s emerged in 1996.

Exploding across the scene with a string of 12″ releases on Timeless and Renegade Hardware, Total Science’s CIA, the seminal Certificate 18 and Reinforced Records Alaska/Paradox soon became a name synonymous with deep atmospherics and intricate breaks. His Alaska alias appeared at the same time yet focused on more ambient productions, releasing on labels such as Good Looking, Renegade Recordings, Vibez, Blame’s 720 Degrees and Tayla’s Nexus label.

Producing alone under the names Paradox and Alaska, he also collaborates with the likes of Seba and Nucleus, as well as vocalists including Kirsty Hawkshaw and Robert Manos. Dev is the only drum and bass artist invited to collaborate with the legendary Herbie Hancock for a dnb-jazz fusion piece for Sony/Columbia Records. When he’s not in the studio, Paradox is inevitably on tour and continues to entertain crowds with his live shows
Worldwide. Armed only with his trusty Amiga, synths and a mic, he performs a true live PA, reconstructing tracks from his back catalogue and editing beats on the fly. He has performed over 300 international live PA’s covering Australia, USA, Asia and beyond, and continues to venture into unchartered territory to represent his sound.

This year will see Dev continue to perform live pa’s globally plus releasing musically frequently. Next on 2017 and 2018’s vinyl horizon are new 12”s via Metalheadz, Samurai and Esoteric Music, some eye-raising collaborations to be revealed plus the third instalment in the Wax Breaks series of drum loop vinyl-only albums designed for dj’s, rappers and break dancing crews.