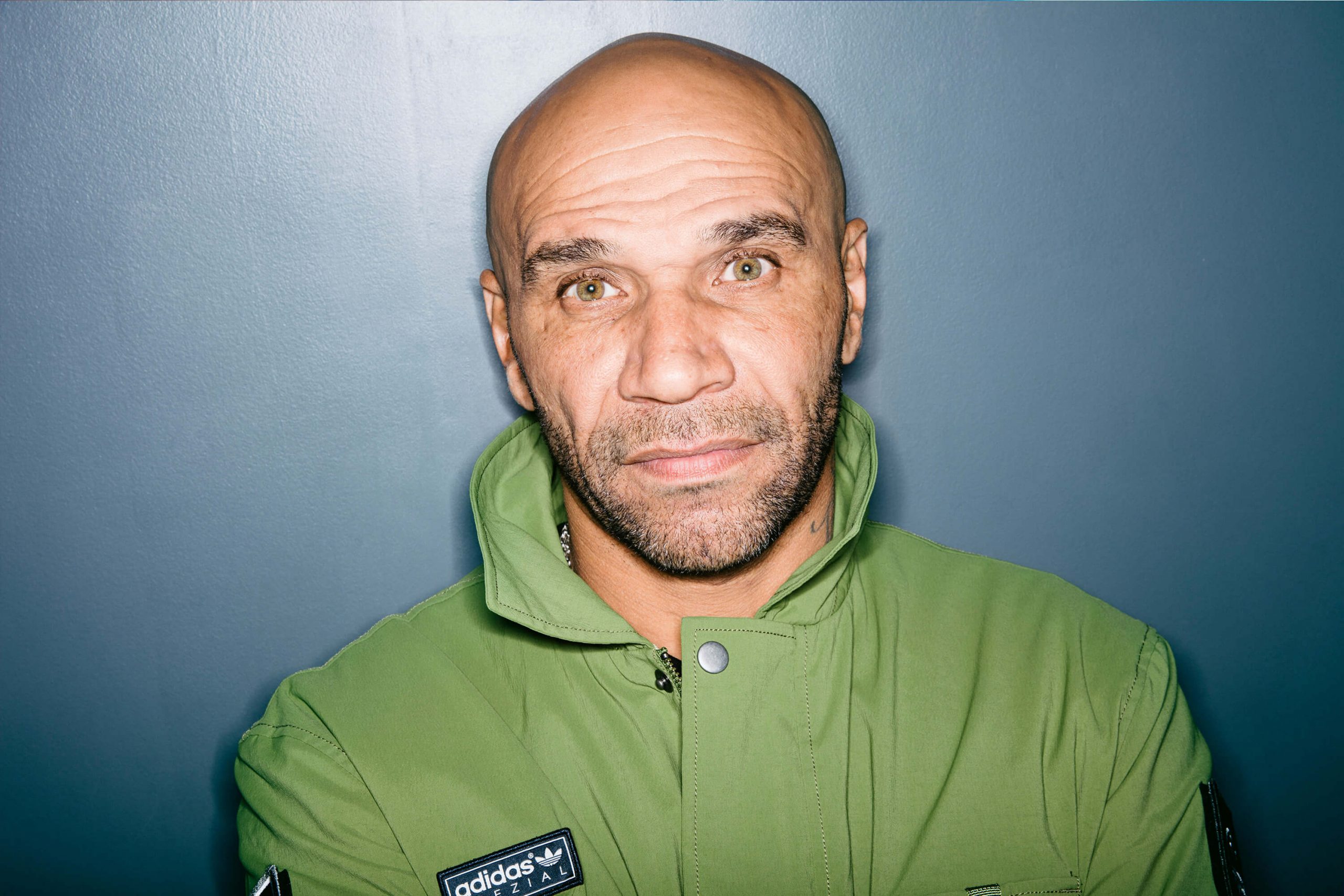 The first superstar produced by the breakbeat jungle movement, Goldie popularized drum’n’bass as a form of musical expression just as relevant for living-room contemplation as techno had become by the early ’90s. Though he hardly developed the style, and his later reliance on engineers like Rob Playford and Optical to capture his sound puts into question his true musical importance, Goldie became one of the first personalities in British dance music, his gold teeth and b-boy attitude placing him leagues away from the faceless bedroom boffins who had become the norm in intelligent dance music. For the first time, England had a beat maestro and tough-guy head who could match the scores of larger-than-life hip-hop stars America had produced, and the high profile of drum’n’bass as the first indigenously British dance music made Goldie a figure of prime importance. After spending several years working on his production skills at Reinforced Records (the home of 4hero), he founded Metalheadz Records, which released seminal dark yet intelligent singles by Source Direct, Photek, J. Majik, Optical, Lemon D, Wax Doctor, and Peshay, among others. In 1995, Goldie released Timeless, one of jungle’s first and best full-length works of art. The album put him squarely at the top of the drum’n’bass heap — at least in the minds of critics and mainstream listeners — though his follow-up, SaturnzReturn, displayed an ambitious, personal side of Goldie hardly in keeping with jungle’s producer mentality.

A native of Walsall, England, Goldie was born to a Scottish-Jamaican couple and put up for adoption. He bounced around child-care homes and several sets of foster parents during his childhood years, and became fascinated with the rise of hip-hop, breakdancing, and graffiti art. By 1986, he was involved with breakdancing crews around his home of Wolverhampton; after making several trips to London for all-day breakdancing events (and to see hip-hop pioneer Afrika Bambaataa), Goldie appeared in the English documentary on graffiti art called Bombing. He also spent time in New York and Miami (working in a market stall selling customized gold teeth), but returned to England by 1988. For a time, Goldie worked at the Try 1 shop in Walsall (also selling gold teeth), then moved to London. He began hanging out with two fellow heads from the British hip-hop scene, Nellee Hooper and 3-D (later of Massive Attack), and by 1991 he’d been introduced to the breakbeat culture that birthed jungle; at the seminal club night Rage, DJs Grooverider and Fabio pitched ancient breakbeats up to 45 rpm, blending their creations with the popular rave music of the time. Goldie was hooked on the sound of raw breakbeat techno, and he gradually switched his allegiance to jungle from the British hip-hop scene that later generated trip-hop.

Through his girlfriend DJ Kemistry (later to make her name with the mixing duo Kemistry & Storm), Goldie hooked up with Dego and Mark Mac, two of the most influential figures in the emerging drum’n’bass scene. The duo’s Reinforced Records and recordings as 4hero were fostering an increasingly artistic attitude to the music, and Goldie learned much about breakbeat production and engineering at their studios. He recorded his first single as Ajax Project, then debuted on Reinforced as Metalheadz with two 1992 singles, “Killermuffin” and “Menace.” The 1993 single “Terminator” broke him into the jungle scene — besides pioneering the crucial jungle concept of time-stretching (basically extending a sample without altering its pitch) the single evinced the growing separation between the uplifting rave scene and its emerging dark side, reliant on breakbeats and restless vibes.

The name was later taken for his influential Metalheadz Records, which released material from a legion of crucial jungle artists: Photek, Doc Scott, Dillinja, Source Direct, Peshay, J Majik, Alex Reece, Lemon D, and Optical, among others. Later singles such as “Angel” and remixes for 4hero’s Reinforced label spread Goldie’s fame, and in 1995 he signed a contract with London Records. His first major-label single was “Timeless,” and his debut album of the same name followed in August 1995. He gained additional fame in early 1996, when an American tour supporting Björk sparked a relationship between the two and led to a brief engagement period before they called off a wedding. Goldie resurfaced in 1998 with a high-profile follow-up, SaturnzReturn, an epic two-disc set including one track, “Mother,” that in itself broke the 70-minute barrier. The album tanked with critics and fans, leading to a return to the underground later that year with the Ring of Saturn EP.

Save for a handful of mix albums (most notably 2011’s Fabriclive 58), two studio efforts credited to Rufige Kru (2007’s Malice in Wonderland and 2009’s Memoirs of an Afterlife), and Sine Tempus, the 2008 soundtrack to an unreleased film directed by the man himself, Goldie’s career over the next two decades became less and less music-focused. He turned his hand to acting, appearing in Guy Ritchie’s Snatch, the James Bond film The World Is Not Enough, and the perennial BBC soap opera Eastenders. He also appeared on a number of reality TV shows, including Maestro, where he learned how to conduct a symphony orchestra, and Goldie’s Band: By Royal Appointment, where he put together a band of unknowns to perform at Buckingham Palace. He was awarded an MBE on the Queen’s 2016 Honours list for services to music and young people. A career-spanning compilation, The Alchemist, was released by Rhino in 2013. Goldie’s third solo studio album and first in nearly two decades, entitled The Journey Man, came out in 2017 through Cooking Vinyl. Guest vocalists on the album included Terri Walker, Naomi Pryor, José James, and Natalie Duncan, whom he had discovered while making Goldie’s Band TV show.